I saw a friend's mother post a somewhat slanted comparison of the party platforms, stating that Republicans are "FOR" "protection of the unborn", while Democrats are "AGAINST" this.  The unstated implication was that Democrats are "FOR" abortions.

This is, um, kind of stupid.  Do you really think anyone, even abortion doctors, consider abortion to be a good thing?  Is anyone's measure of success the absolute number of pregnancies terminated?  Unless you believe that Democrats (or doctors who perform abortions) are these monstrous, wicked characters reveling in the deaths of fetuses – and no doubt, there are some who believe this and more who want you to believe it – that's simply not sensible.  They're humans, with feelings.

And just as the doctors performing the abortions aren't monsters, neither are the mothers.  No one sets out to get pregnant so that they can have an abortion. Abortion is an option of last resort for basically everyone – no matter why you choose it, it's a heartbreaking choice that only gets made when you've run out of other options you feel like you can live with.

Here's the thing:  Abortions are a medical procedure.  There are any number of reasons why they might be necessary.  Those reasons might be medical – a pregnancy that's not viable, and it's easier on everyone to terminate rather than waiting for a miscarriage that won't happen on its own for weeks or months.  While "late-term abortion" is often used as a specter of horror, the reality is that those abortions are almost universally medically necessary, at the advice of a doctor and the heartbreak of parents.  The reasons might be emotional – a child born of a forcible sexual encounter, and the idea of spending nine months growing the child of your attacker is unthinkable.  And yes, they might be pragmatic – an older couple thrilled by a late-in-life pregnancy, but who aren't up to raising a special needs child.  A poor family with too many mouths to feed already.

So, logically, if you believe that elective abortions are undesirable, your first step would be to make sure there are many other options available, so that as few people as possible reach the point where they have no other choice.  First line of defense, let's make unplanned pregnancy as unlikely as possible by making less-objectionable forms of birth control readily available, yes?  Yes?  ....  Yes?

There are states that have tried it – when Colorado made IUDs freely covered by state medical insurance programs, abortion rates dropped dramatically.  This is a solution that ought to appeal to both parties – Democrats believe in government-provided healthcare and Republicans want to reduce the abortion rate.  So why hasn't this been adopted by every state like wildfire?

If you really want abortion rates to come down, then you should be supporting:

So let's get that out of the way.  First, not everyone is Christian and subscribes to that particular flavor of morality; you don't have the right to impose your morals on them.  Second, human beings are sexual, by design, created that way by God.  For better or worse, people have sex.  Sooner or later, more or less often, sure – but we are created as sexual beings, and "don't have sex" is not a responsible answer to the entire US population as a means of avoiding unplanned pregnancy.  Third, even the if people you think "shouldn't be having sex" aren't, there are married couples who aren't in a position to have kids yet either.

Abortion is a weird polarization issue, because even though Republicans want to prohibit it, all the real solutions to it are things that Democrats support.  Republicans don't want to follow through on any of the things which would be required to make it never necessary.  If public health measures and capabilities progressed to the point where no abortion were ever needed, Democrats would join the Republicans celebrating in the streets.

If abortions performed isn't the success metric, what is?  I'd propose that the success metric, on both sides, is the percentage of babies that are born healthy into homes where they are loved and desired, where those homes are ready to raise them into successful adults.  That means healthcare for pregnant mothers, parenting resources for new parents, adoption resources.  It means a strong, functional, effective foster care system able to step in if that idyllic situation at birth changes sometime after birth.

How many flip phones do you see in an average day?  Almost none.  That's not because they're prohibited, it's because they're obsolete.  There are better options available, and pure market pressure means fewer people choose flip phones so fewer manufacturers make them.  Our goal should be to make abortion obsolete, not prohibited. 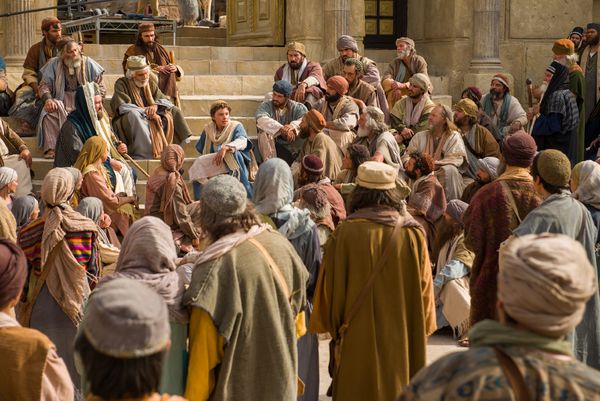 [This post was started at IETF 104, and since IETF 105 is in a few weeks, I figure I'd better finish it.] There's an ongoing discussion in the HTTP community

Medicare For All has promise, but I'm not sure it's politically feasible in the USA. Maybe this is more feasible.